Kambi – a Swedish gambling company – makes success in the US

The Swedish gambling company Kambi has made great success in the international gaming market lately by closing several key collaborations and prestige contracts. Kambi supplies odds to, among other things, the American gambling/fantasy company Draftkings, and recently became partners to the NBA. In addition, Kambi has partnered with Seneca Resorts & Casinos to deliver its sports products to three of the company’s land-based casinos in the United States.

Since before Kambi has been providing odds to EU based Kindred (Unibet, 32 Red) and Mr Green (now part of William Hill)

Kambi is a Swedish gambling company based in Stockholm and offices in several other countries around the world. They offer a sports betting software platform to global sports betting operators with many features and that has made them a world leader in the industry. Kambi collaborates with some of the largest sportsbooks in the industry both in Europe and the US, and they are also listed on the Stockholm Stock Exchange.

The Draftkings become partners in the NBA

Recently, Kambi has been doing very well, and they have started several new collaborations with other players in the gaming industry. One of these is the American gambling site Draftkings to which Kambi supplies odds. Since the collaboration began last year, it has already been expanded and extended, which in addition made Kambi’s share to skyrocket. Recently it was announced that Draftkings has become an official partner with the American basketball league NBA, which is of course indirectly also positive for Kambi. 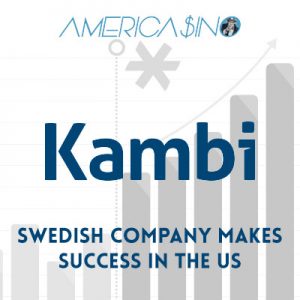 Another success for Kambi in the US gaming market is their new partnership agreement with Seneca Resorts & Casino. It is part of a strategy to also partner with land-based casinos, which means that Kambi’s sportsbook and betting products will be available at three of the US company’s casinos in Niagara Falls, Buffalo and Salamanca. This means that Kambi reaches an even larger clientele and increases its presence in the international gaming market.

When the collaboration was announced, Kambi Group’s CEO Kristian Nylén made the following statement:

I am delighted to have agreed on this betting agreement with Seneca Gaming Corporation, along with Bragg Gaming, as a provider of games and a platform that will enable a complete sportsbook and gaming service.

Plans for further expansion in the US gaming market

But Kambi is not content with the big steps into the US gaming market as they have done so far this year. The plans for the future are many, and it is clear that it is in the United States that Kambi’s largest investments will be made in the coming years. By the end of 2020, Kambi wants to be established in 10-15 US states, and they are currently working hard to get even more collaborations. This is something of a challenge according to the company’s CEO Kristian Nylén as the US gaming market functions in a completely different way from the European one. On the other side of the Atlantic, the focus is on the biggest leagues, the so-called Big Six, while in Europe you play more broadly on a larger number of sports.

It’s just to congratulate Kambi’s international success and we look forward to seeing how Kambi will continue to develop in the years to come.